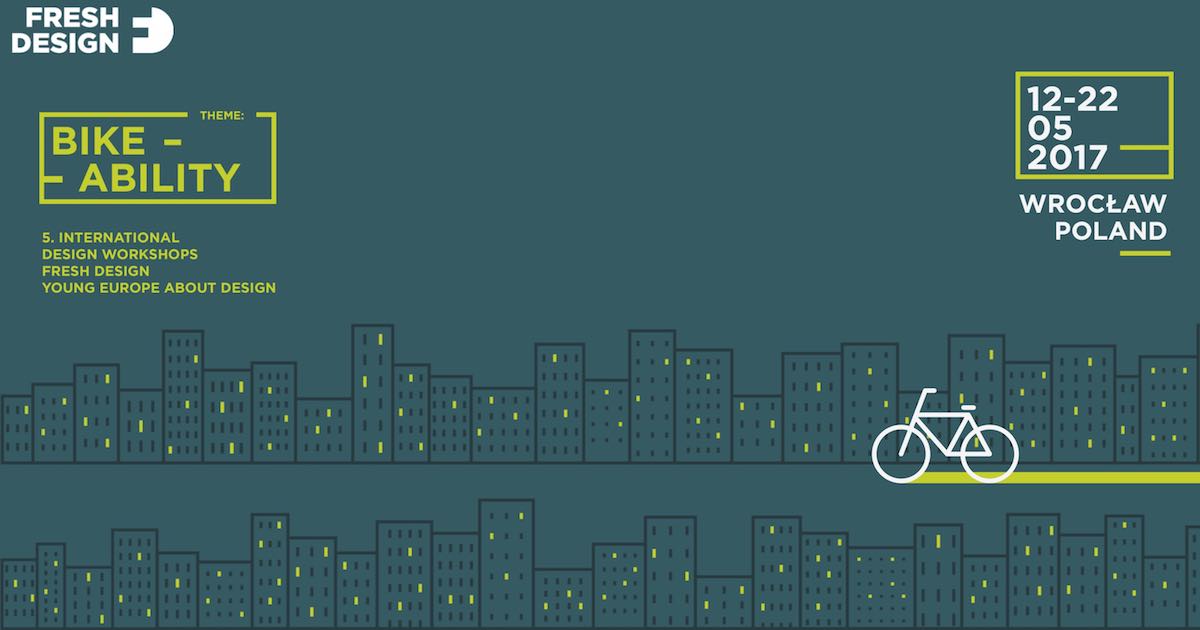 The aim of the 5th edition of the project FRESH DESIGN – Young Europe about design – is the exploration of common history, achievements of creative industries, exchange and cooperation between universities and students of architecture, design and art from Slovakia, Hungary, Czech Republic, the Netherlands and Poland.

The project is an opportunity to analyze human space from young Europeans’ point of view. It enriches also the European discussion on quality of life, responsible development of the human based on common historical and cultural conditions.

As in previous years, the exchange has form of interactive workshops for the European art and design students. This time, young designers will spend eleven days (12-22 May 2017) in Poland.

Subject of these workshops came from the seemingly ordinary conversations about the daily lifes of young people in their own country . Seeing big problems related to urban transport, ie. traffic jams, air pollution and noise, we decided to take care of the sphere of sustainable transport, means cycling. “Bikeability” is a project of bicycles in urban space. Young people will be involved in designing all areas concerning cyclists – creation of the bicycle, work of cycling-friendly urban space and any additional gadgets. Results of “joint struggle” will be presented in the form of visualization board, mock-ups or multimedia presentations.

During the visit, the young designers will take part not only in the international workshops, but also in lectures and meetings. They will also visit interesting places in Wroclaw and they will present their artistic achievements at the exhibition presenting their universities. The workshop results will be presented on May 21st 2017 at presentation and exhibition of done projects, which will be evaluated by international designers and architects in the Centennial Hall at the time of the Lower Silesian Cycling Festival. The presentation will be followed by a public debate about the functional design and the role of bikes in big cities.

The closing process of the project will last until the end of October 2017 and it will take form of post-project exhibitions in partner countries. We believe that through such activities we will be able to spread the idea of the project abroad, thus ensuring its continuation in the future.

Fresh Design 2017 will take place in Poland in the Wrocław city, the capital of Lower Silesia, where cultures of three different countries meet – Poland, Germany and Czech Republic. Wrocław is a really special place with its own character and atmosphere, that is why there should not be any doubts why the city has become European Capital of Culture 2016. Wrocław is the city full of bridges, small islets, bike routes and… dwarfs! Dwarfs became the symbol of Wrocław and they are constantly helping resolving problems of the citizens. Small figures of dwarfs can be seen almost everywhere – on the pavements, windowsills, streets etc. during their daily duties. Dwarfs are shopping, selling cakes, helping at power stations, riding bikes – that’s the beauty of them, because they are just like us – causal people. It is worth to experience it by yourself, take a walk through the city, maybe go for a bike and… just experience it. Wrocław is the most bike–friendly city in Poland. Bikes here are being regularly used by 84% of active cyclists. 62 km is the average distance achieving on bike in a single week! The total distance of Wrocław’s bike routes is around 200 km and it is a reason to be proud of. Can you believe it? If you can’t, then well… come and see it by yourself at Fresh Design!